One Bamboo Stalk = Simplicity and Meaningful Life.
Even with one stalk of Lucky Bamboo you are blessed and surrounded with good energy.

Four Bamboo Stalks = nope, don't do it! In the Chinese language, the word used as four sounds very similar to the word used for death. The number four carries negative energy. You'll never find a four-stalked bamboo plant in the Chinese culture; much less ever give one for a gift. To do so is extremely rude and would be interpreted that you're giving the recipient a death wish. Whoa!

Nine Bamboo Stalks = lots of good luck!
This is the symbol for good luck and bestows great luck to whoever receives a nine stalk plant.

Ten Bamboo Stalks = be complete in your life
A ten stalk bamboo arrangement sends a wish for you is to feel complete and complacent. The hope is that you find your life to be perfect just as you envision and desire.

Or, cover ALL your bases:
Twenty-One Bamboo Stalks = most powerful of all!
If someone has gifted you with a plant with this number of bamboo stalks, then the well wishes for you and your family are being delivered in a very powerful overall blessing for great wealth and enduring health.

Our special New Year's gift to you - through February 22 or as long as our Lucky Bamboo lasts:
With any purchase over $30, receive one free stalk of Lucky Bamboo and purchase any others at 50% off. 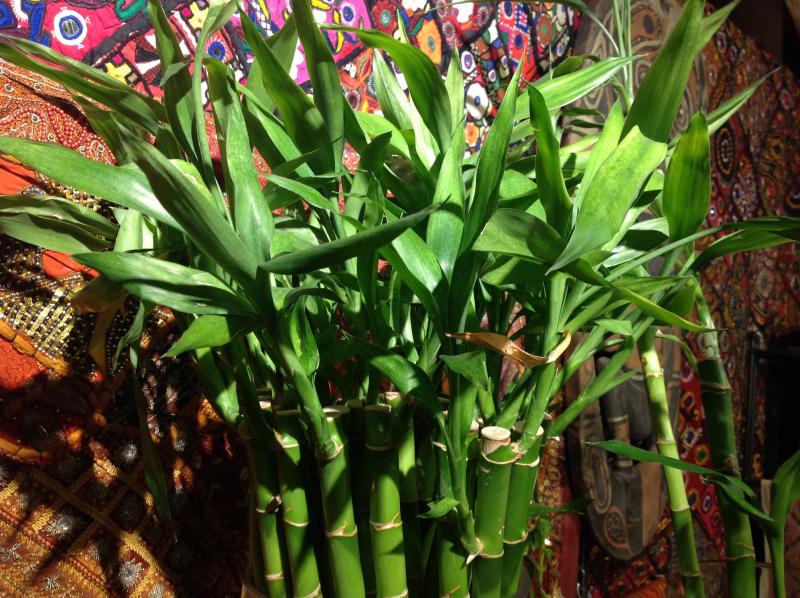 Gift cards are always the right gift. Purchase them on-line or in-store.

Like so many other companies and organizations, we've spent the last two weeks watching, listening, and reflecting on the state of our city and our country, and our place in all of it.

Rolling out the Welcome Mat

After almost two months of having our store closed in Brookside, we will re-open Friday, May 15 from 11 am to 5 pm.